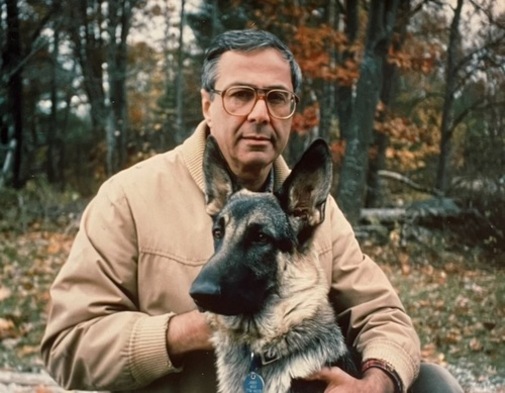 Concord – Dr. Bob Papaioanou, son of Greek immigrants whose distinguished career as a physician spanned private practice and emergency rooms in small town New England and the highest peaks of the Corporate America, and who was a beacon of strength to his family even as he faced his own medical afflictions, died November 25, 2022 at Hospice House in Concord, New Hampshire with his wife and daughters by his side. He was 90 years old.

Dr. Papaioanou, who had lived in New Hampshire for more than 30 years, was born Xenophon L. Papaioanou on July 20, 1932 in Springfield, Massachusetts. His parents, Vasilike (Legeros) and Leonidas Papaioanou, known as Vicki and Louis, wanted an American-sounding nickname for their son. When his mother heard a neighbor calling her own son home for dinner shouting “Bobby!” the nickname search was over.

Dr. Papaioanou attended Bowdoin College in Brunswick, Maine for two years before transferring to American International College in Springfield to be closer to his family. In 1952, he was approached by Lola Kamaros, another AIC student who had been sent as an emissary by a girlfriend interested in dating the handsome Greek undergraduate. Yes, he knew his friend, Bob said to Lola, “but who are you?” It was an encounter he would remember with a smile until the last days of his life, 69 years after his marriage to Miss Kamaros.

After college, Tufts Medical School beckoned and the newlyweds left for Boston. Dr. Papaioanou thrived at Tufts and completed his residency at St. Elizabeth’s Hospital in the Brighton district. The Greek Orthodox doctor was a newcomer to the Catholic establishment, so much so that a confused nun scolded him for missing mass. It was also in Sainte-Élisabeth that, in 1957, Mrs. Papaioanou gave birth to the first of four daughters.

After his residency, Dr and Mrs Papaioanou moved their young family to a Revolutionary War-era house on the River Merrimack in Amesbury, where he entered private practice as a general practitioner and established deep and lasting friendships in North Essex County. Patients found in Dr. Papaioanou a carer of deep humanity and good humor, qualities that defined the arc of his life. The Papaioanous eventually moved to nearby Haverhill, where Dr Papaioanou served as director of emergency medicine at Hale Hospital and, years later, medical director at Whittier Rehabilitation Hospital.

In 1974, Dr. Papaioanou’s career took a new direction, when he began working for the financial conglomerate Prudential, initially based at the Prudential Tower in Boston and later as Vice President and Chief Medical Officer, at company headquarters in Newark, New Jersey. . Fate intervened in 1982, when he was diagnosed with relapsing-remitting multiple sclerosis. As with all challenges in his life, Dr. Papaioanou faced his diagnosis bravely and uncomplainingly, concerned only about the impact on his family.

Neither multiple sclerosis (luckily his case was relatively mild) nor the Alzheimer’s disease that Dr. Papaioanou was to endure much later tarnished his enthusiasm for life and all its wonders. He loved dogs, especially his German Shepherds. He was an accomplished painter and photographer, a hobby he passed on to his children and grandchildren. And, from his Datsun 240Z to his Boston Whaler to the occasional motorcycle, he had an irrepressible love of speed and fresh air. By all accounts he was a Renaissance man, though his humility was such that he would have scoffed at the term.

In the twilight of his life, long after sending his daughters to college, long after taking care of his parents and stepmother, and long after teaching his grandchildren how to fish, the center of the universe of Dr. Papaioanou remained his beloved wife, Lola. Since their first courtship in Springfield, when he had trouble getting her out because he couldn’t get a Saturday night off from his bar job at the Welcome Inn (“there are six more nights in the week,” a said her boss, who was also her father) to the delicately slow dance of Willie Nelson in old age, their love affair was a triumph; illness never took away his gentleness and generosity. “The best thing I ever did,” he told his grandchildren at his 90th birthday party, “was to marry your grandmother.” As the lyrics to their favorite Willie Nelson song say, “If I had my way, we’d never grow old.”

The family would like to thank the doctors, nurses and hospice staff who so lovingly cared for Dr. Papaioanou in the same tradition of compassion that he cared for his own patients.
Arrangements are private. A memorial ceremony will take place at a later date. In lieu of flowers, donations in memory of Dr. Papaioanou may be made to the Alzheimer’s Association at alz.org or to 15 Constitution Dr Suite 1G, Bedford, NH 03110.