The delivery of a baby can trigger many emotions in mothers. Although a new birth often brings joy, it can also often bring feelings of depression. According to recent statistics, approximately 1 in 10 mothers – and possibly as many as 1 in 7 – will suffer from postpartum depression within a year of the birth of their baby (postpartum simply means “after birth”) . This depression usually lasts 3 to 6 months, but can be longer. For one-third to one-half of women, this postpartum depression can lead to chronic or recurrent depression.

Postpartum depression is also linked to how mothers and children interact and how the caregiving relationship unfolds. Babies are born with individual temperaments, with some expressing more negative emotions and finding it harder to calm down. Babies with these less regulated temperaments may actually change how mothers view themselves as parents, which has downstream consequences. Relatively recent research explores the underlying physiological basis of this effect. 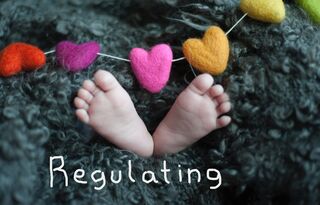 According to decades of theory and measurement, patterns of heart rate variability are linked to people’s ability to regulate their emotions. In other words, a tendency to be able to adapt flexibly to stressful situations and manage one’s own feelings is reflected in the regularity of one’s heartbeat over time. There are many ways to estimate heart rate variability, but one of the most widely used is estimating respiratory sinus arrhythmia (RSA). This measurement attempts to isolate the activity of the parasympathetic “rest and digest” system, as it influences the heart. Previous work found that infants with lower RSA displayed more negativity and reacted more to new situations. Current thinking therefore suggests that RSA may be a basic physiological indicator of poor self-regulation in infants.

The researchers followed the mothers for 3 years after the birth of their child, taking periodic measurements of the mothers and infants. Using these measurements, they built a statistical model of the process they believed was taking place in the mother-child relationship. Key to this process was an appreciation of how postpartum depression in mothers and poor self-regulation in infants combined:

We can therefore think that the mother and the child influence each other mutually. If a child was “easy,” then postpartum depression didn’t matter as much. The mothers were still confident in their ability to parent and they did not end up with higher levels of depression 3 years later.

On the other hand, if the infant was more reactive and less able to calm down, then postpartum depression mattered. When the infant was naturally more “fussy”, mothers with more depression ended up feeling less confident and had symptoms of depression that lasted longer (eg, up to 3 years). This shows how the mother’s state of mind after birth and the physiology of the infant contribute to how the mother feels throughout the child’s early years. 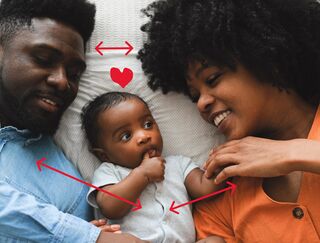 The family is a system, each part influencing all the others.

Discussions of maternal mental health and parenting can stir up strong emotions. Many parents wonder if they are doing “enough” or “the right things” to ensure their children are healthy and happy. This research offers some lessons related to these concerns. First of all, it is normal to feel sad and even depressed after giving birth. Many women feel this, and even if a person isn’t diagnosed with postpartum depression, they may experience the “baby blues” for some time after birth.

Second, a strong bond is only partially under the control of the parent. Children are born with their own personalities and with differences in their physiology. This can have a real effect on the course of the relationship. Difficult infants can present more challenges for mothers, which can lead to very different experiences. Parenthood can seem harder simply because of the genetic luck of the draw. This is important to remember when comparing parenthood between people. What might be easy or fair for one mother might not work for another. It is not because of their abilities to be good mothers, but because of the needs and demands of their particular babies.