Dinnertime should be a joyful event where families reconnect at the end of a long day – hopefully over a delicious and nutritious meal.

Yet too often dinnertime can be a source of family conflict – with pressure on a child to “eat their greens” and “finish their plate”.

Speaking to FEMAIL, Sussex-based baby and child nutritionist Charlotte Stirling-Reed shares her top parenting mistakes when it comes to getting kids to eat.

The food expert and author of How to Feed Your Toddler, insists that parents should never label foods as good or bad, and should never reward a child with a sugary treat. to eat something “healthy”.

And she said meal times should be “fun” and not a source of pressure.

Here she shares her tips with FEMAIL…

Eat your greens and finish your plate before coming down from the table: A child refuses to eat his food (stock image)

NEVER USE FOOD AS A REWARD

If you tell a child that if they eat their broccoli they get ice cream or pudding as a reward, what you are inadvertently doing is pointing out that ice cream is better.

This will make them crave ice cream or pudding more and therefore the broccoli will become less desirable. Broccoli then becomes a chore or pressure to eat and that’s not what you want at the table.

NEVER FORCE A CHILD TO EAT ANYTHING

Although you can slightly encourage a child to eat something, it can be beneficial to also be very nonchalant about what a child eats and to continue to offer them, even if they don’t eat it the first time. . Eventually, they’ll probably decide to try it – but it might not be immediately.

Many parents today were raised with strict dining table rules. This may include keeping your elbows off the table, sitting up straight, or using knives and forks correctly. But stressing too much is a surefire way to make mealtimes stressful and unpleasant.

While I’m not saying certain rules shouldn’t be there, a meal shouldn’t be boring, strict, or scary. If so, children are unlikely to want to be part of it. 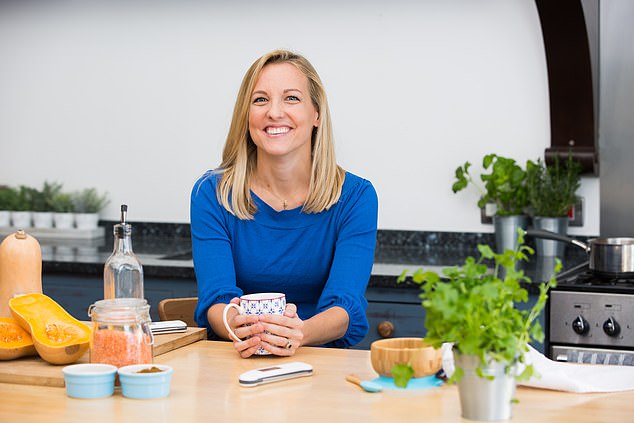 NEVER FOCUS ON THE SHORT TERM

Helping a child or person enjoy food and eat healthy is a matter of long-term gain. So don’t be stressed if a child doesn’t eat anything healthy at a meal. Just keep offering balanced meals and in the long run they will most likely learn to eat them.

Parents often make a big fuss when a child doesn’t eat something – but this simply increases the refusal of food.

If the child does not want to eat his healthy food, just show him that you are eating it yourself and leave him alone. This will ultimately help nip these behaviors in the bud.

Some parents let their children have dinner in front of the TV. Personally, I don’t recommend it because the TV or screen is basically used as a distraction and the child doesn’t learn that food is important or matters.

The child probably won’t like the food or even think about it if he’s staring at a screen. Instead, they should learn to understand and appreciate variety and be in the moment with their likes and dislikes and the different textures.

That said, it’s important not to judge other parents for their own choices. If you see a child in a restaurant on a screen, the parent may very well be desperate. You don’t know the context.

While that’s an understandable reaction, it’s a definitive no-no chart and certainly not helpful in the long run. Although you know that a child can eat a favorite food, it is more important that you do not limit other acceptable foods.

If your child doesn’t like something new you’ve served, just say, “I’m sorry, but that’s all we have on the menu today.” If you want something else, maybe we can have it tomorrow.

NEVER (IDEALLY) GIVE A YOUNG CHILD TO TAKE AWAY

While it’s great to expose kids to food from other countries and cultures, remember that takeout is generally not suitable for young children. They can be full of salt and sugar and other ingredients less suitable for little ones.

Take-out food, however, is popular, so the onus is on the food industry to create healthier versions of take-out food for kids.

Getting a child to finish his plate is perceived by him as a pressure. The same can be said of compromises, where you encourage them to eat only half of their broccoli.

Having this pressure during mealtimes makes food and dinner less desirable and less enjoyable and means the child will be less likely to return.

There is no real benefit to getting a child to eat “one more spoonful”.

Obviously, food waste should not be encouraged, which can be tricky if a child does not finish his plate.

To avoid this, feed smaller portions, especially if it’s a food you think he won’t like or hasn’t eaten before. You can also save food and save it for another day.

Likewise, if a child is going through a difficult phase, offer them smaller portions and add things they like – allowing them to have seconds if they wish.

Do not seek to control your child but rather to give him autonomy. You don’t know what your child’s appetite is, how hungry he is or when he’s full, so don’t force him to eat.

Kids are actually good at regulating their intake, so trust them to eat the right amount for their bodies at that time.

Try to bring fun to meal teams. Kids love to play games and quizzes and chat. While I’m not saying it should be a complete play activity, bringing fun to mealtime will make a child enjoy it more and be in a better mood.

If there is an element of fun, there is less room for it to become a pressured or negative environment. There is no benefit to a child not psychologically enjoying their meal.

SLOWING DOWN A HEAVY EATER

If you have a child who eats a lot, try to diversify the meal. You can give bites – like celery sticks and carrots – to slow down the pace of eating, or give a plate of vegetables as a starter. This will fill them with nutritious fibrous foods.